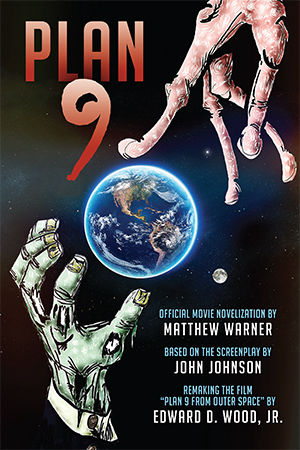 by Matthew Warner
based on the screenplay by John Johnson
remaking the movie "Plan 9 From Outer Space" by Edward D. Wood, Jr.

In 1959, a film was released that would live in the minds and hearts of science fiction and horror fans for years to come. That film was Edward D. Wood, Jr.'s magnum opus, "Plan 9 From Outer Space," a story about aliens re-animating the dead in order to kill Earth's population. Genre audiences could not resist the exuberance and love for the art of filmmaking that showed in Wood's work, and the movie has become a cherished cult classic. Now the long awaited remake of the classic film is here! In this edge-of-your-set, visually stunning, re-imagination of the original story, "Plan 9" is a spectacular sci-fi/horror adventure with jaw-dropping effects and zombies galore! 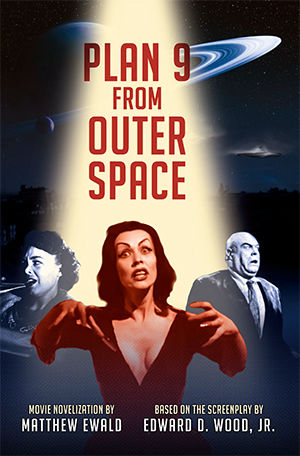 by Matthew Ewald
based on the screenplay by Edward D. Wood, Jr.

When mysterious crafts emerge from starlight over the sleeply, little hamlet known as Nilbog, wonder turns to horror as the alien presence begins ressurecting the dead in order to systematically wipe out the human race. Now, amongst alien invasion and the dead crawling from out of the grave, the world's only hope lies with ace-pilot Jeff Trent and a band of rag-tag survivors who must stop these grave robbers from outer space-before it's the end of all mankind! Based on Edward D. Wood, Jr.'s original 1959 screenplay of his magnum opus, author and actor Matthew Ewald reintroduces the tale of unspeakable horrors from outer space that paralyze the living and resurrect the dead in: Plan 9 From Outer Space!